Drumlanrig Castle is the Dumfriesshire seat of the Duke and Duchess of Buccleuch & Queensberry: a 17th century Renaissance mansion containing fine furnishings and antiques, together with Rembrant’s ‘Old Lady Reading’ and family portraits by artists such as Thomas Gainsborough. The Castle is surrounded by the 90,000 acre Queensberry Estate, with miles of walks, acres of gardens, an adventure playground, mountain bike trails and fishing.

Morton Castle is of the locations used for filming the Outlander series. A castle was first built on this site by 1307, but was dismantled under the terms of the 1357 Treaty of Berwick between England and Scotland. The castle whose remains stand today was built in the mid-1400s by the Earls of Morton, whose family had been granted the land in 1440.

An independent arts organisation dedicated to presenting thought-provoking international contemporary art and film for residents of the region and visitors from further afield. Currently closed for installation but will re-open Sat 13 July – Sat 14 September, Thurs-Sat, 11am-5pm. Or by appointment.

Discover Neverland in the house that provided the inspiration for J.M. Barrie to write the adventures of Peter Pan. After ten years of fundraising, the house has been rescued from the threat of demolition and restored, creating a National Centre for Children’s Literature and Story-telling.

The 7stanes are world-class mountain biking centres that span the south of Scotland. Their award-winning trails offer some of the best mountain biking in the country and attract riders from all over the UK and beyond.

Set in the picturesque village of Wanlockhead, which at 1,531 feet above sea level is the highest village in Scotland. Uncover an 18th century lead mine set deep in the hillside where visitors can experience the thrill of going underground. Make your way along village paths to the miners’ cottages and see how the miners really lived in the different periods of 1750, 1850 & 1910 before exploring the second oldest subscription Library in Europe. Enter the Visitor Centre to discover a fantastic display of rocks, minerals, gold, mining and local artefacts. You can also search for hidden gold by trying your luck at Gold Panning.

Britain’s highest narrow-gauge adhesion railway, reaching 1,498 feet above sea level. The journey takes you from the station at Leadhills to the terminus at Glengonnar halt before returning back to the station. The train runs past the disused Glengonnar Mine, where minerals were first excavated in the 1450’s. The narrow-gauge track has been built on the original track bed of the Caledonian Railway and today runs a variety of historic industrial diesel locomotives. Visitors are invited to explore the signal box and railway shed, view the trains and wander around the small shop and museum.

Crawick Multiverse is a land art project by the renowned landscape architect and designer Charles Jencks. The project was funded by the Duke of Buccleuch and is located on the site of a former open cast coal mine, covering approximately 55 acres. Nine ‘landforms’ make up the Crawick Multiverse, to represent ideas from modern cosmology.

Andy Goldsworthy is one of the world’s foremost artists working directly in the landscape. Striding Arches – a series of grand, self-supporting arches standing on hilltops surrounding the natural amphitheatre at Cairnhead – is the first of Goldsworthy’s large-scale projects involving multiple structures to be installed in a public landscape in Scotland.

The Abbey of Dulce Cor, better known as Sweetheart Abbey, was a Cistercian monastery founded in 1275. A splendid red-sandstone ruin, the Abbey was founded by Lady Dervorgilla of Galloway, in memory of her husband Lord John Balliol.

One of Scotland’s great medieval fortresses and former stronghold of the Maxwell family. Although ruined, Caerlaverock is still a substantial structure and you can explore many different features within its unique triangular ground plan. The castle’s turbulent history owes much to its proximity to England which brought it into the brutal cross-border conflicts and you can enjoy a fascinating siege warfare exhibition complete with reconstructions of medieval siege engines.

Based on the shores of Loch Ken & offering a wide variety of family outdoor pursuits including sailing and climbing.

Situated on an island in the middle of the River Dee, Threave Castle is only reachable by boat. Now under the care of Historic Scotland, this massive tower house was built in the late 14th century by Archibald the Grim, Lord of Galloway.
Nearby, Threave Garden, the only Scottish garden dedicated to the training of horticulturists, has been home of the School of Heritage Gardening since 1960. The garden has been created by the Trust’s students and is divided into a series of smaller gardens to showcase different styles, including a rose garden, rockery and walled garden.
At the centre stands Threave House, designed in the Scottish Baronial style in 1871 for the Gordon family. Many of its rooms are displayed as they were in the 1930s.
The wider estate caters for more adventurous tastes and includes a flagship bat reserve. The nature reserve is a Special Protection Area for breeding waders and wintering wildfowl – pink-footed geese and Greenland white-fronted geese are regular visitors. 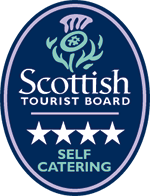 Great location, large gardens for two bedrooms, spacious and clean rooms.
We loved the place and will be back for longer next time. 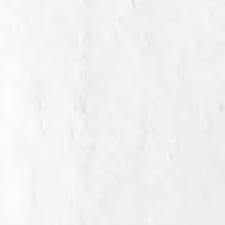 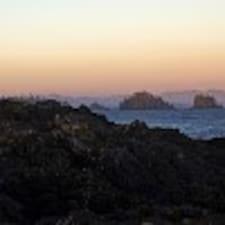 We had a great time at the cottage. It was extremely clean and had everything we needed. The views from the cottage are lovely and there's loads to do close by for kids. Would definitely recommend a visit.

Everything about this place is fantastic - Claire was a very welcoming and friendly host, the cottage is lovely, clean and cosy. Beds very comfortable, hot and powerful showers and a well equipped kitchen. The location is peaceful, private and the views are breathtaking. Great local walks and amenities in Thornhill village. We cannot recommend this place enough and we are already looking at booking again next year! 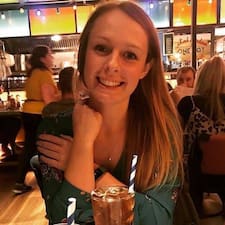 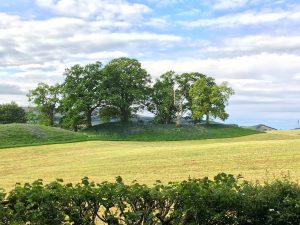